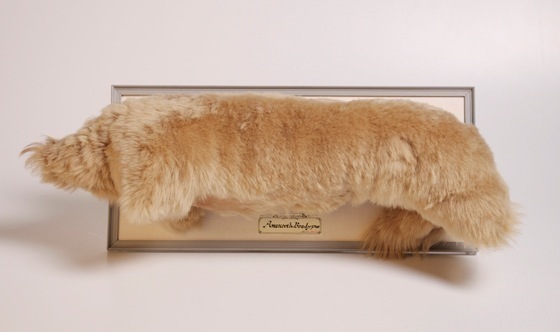 
Fictional animal made out of a piece irregular leather. A serial of stories are created according to its mysterious look. 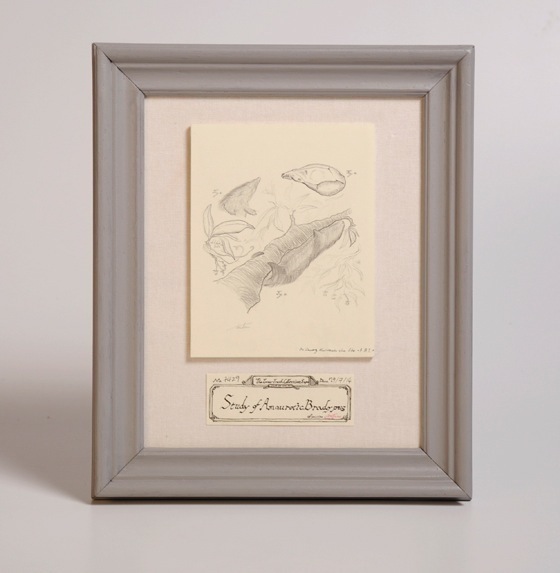 
Amaurotic Bradypus, as known as Blind Sloth, is a herbivores tree-living mammal of the family Bradypus.

The Amaurotic Bradypus was first discovered by Dr. Chuang in 's-Hertogenbosch, The Netherlands in 2010. He found a piece of Amaurotic Bradypus's leather in a local leather maker's family, which had been passed through generations. According to the leather maker, Mr. van deer Drunen, the leather was brought back by his grate grand father in a sailing trip to South American.

By reconstruction, Dr. Chuang conjectured that Amaurotic Bradypus is a mutation of Sloth. Amaurotic Bradypus is about the size of a small dog or a large cat, with the head and body having a combined length of around 60 centimetres, and the animal having a weight of 3.5–4.5 kilograms. It lives in extreme dense rain forest. The unusual darkness cause its eyes degenerated. Different from its sight, Amaurotic Bradypus has well-developed sense of smell which can help it perceive the dark environment. In recent discovery, a blind Bradypus mutation evolved from the Amazonas, Brazil. This finding provides further evidents of the existens of Amaurotic Bradypus. 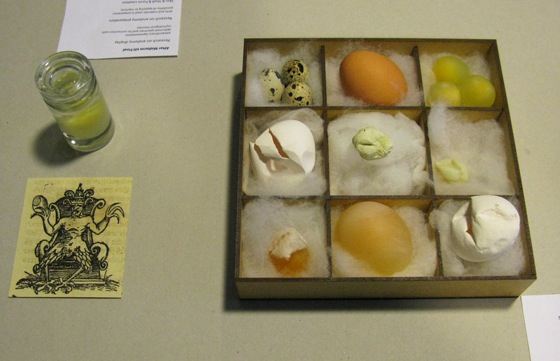 shell and its stories


Experiment on eggs; questioning our perception of appearance. 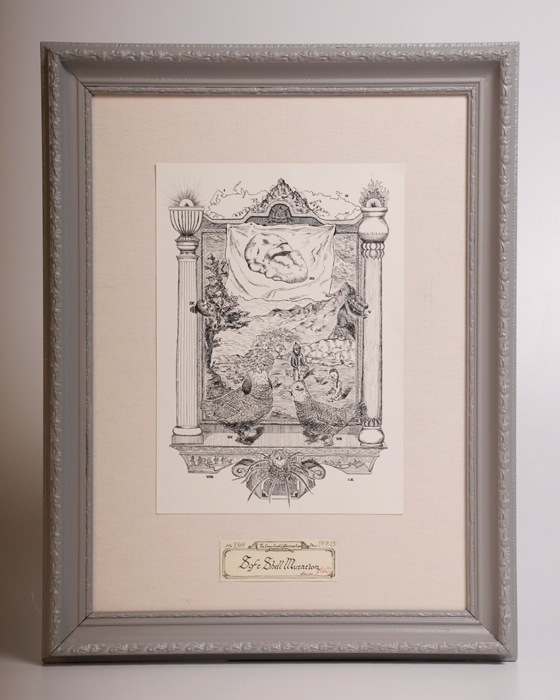 
|fictional story based on egg experiments|

The Soft Shell Mutation, was found by silk road traders in the 12th century in Kokand, which is now a city located in eastern Uzbekistan. Traders found the egg from this region are specially pale and elastic. Within the first week after spawning, the egg are soft and bouncy. After that, the shell started to harden and break by itself. When people want to cook it, they use a use special two-blades meniscus shape knife to cut and open the egg. After opened, the shell gradually harden and weathering.

The soft shell egg was seem as a treasurable trading items in that time. Because of its time limitation, it almost never brought out from that region. Some traders try to bring the chicken with them, but with in a 2 weeks, all the chickens would be dead. Trader called it "the curse of the softness". Although all the chicken would be dead, the traders still earned some time. Few eggs were brought back to Europe and only few emperors and nobilities had the chance to taste it.

In the 13th century, Kokand was once destroyed by Mongol invasions. Since then, the soft shell egg was never found again. Only few shells was successfully preserved by royal alchemist with secret recipe.

In recent studying, majority of archeologists assume that the Soft Shell Mutation was caused by the cross-breed of European and Asian chickens. 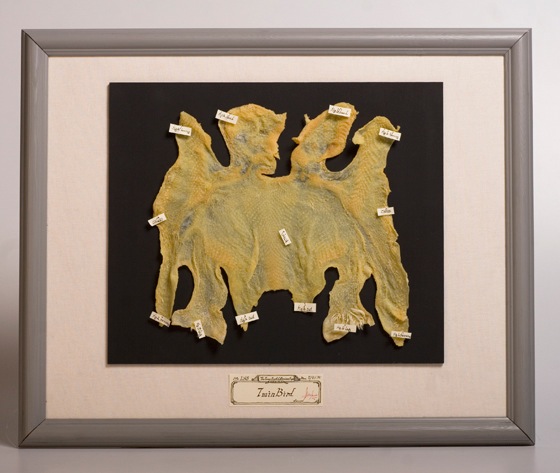 
Different way of cutting gives skin a new look, which opens up our imagination to reconstruct the content in more fantastical way.